When the inaugural Great Barrier Reef Festival started on Thursday, a team of volunteers held their breath. Although this was the 19th year of the former Whitsunday Reef Festival, it was the first under a new name and global brand.

There were new partners, new directions, and high expectations, all exceeded over the four-day program of events. Whitsunday Mayor, Andrew Willcox, summed it up succinctly in his official opening speech before Friday’s Whitsunday Coast Airport Fireworks by the Foreshore.

“This festival celebrates what it means to live in the Whitsundays – after all folks, we are the heart of the Great Barrier Reef,” he said. 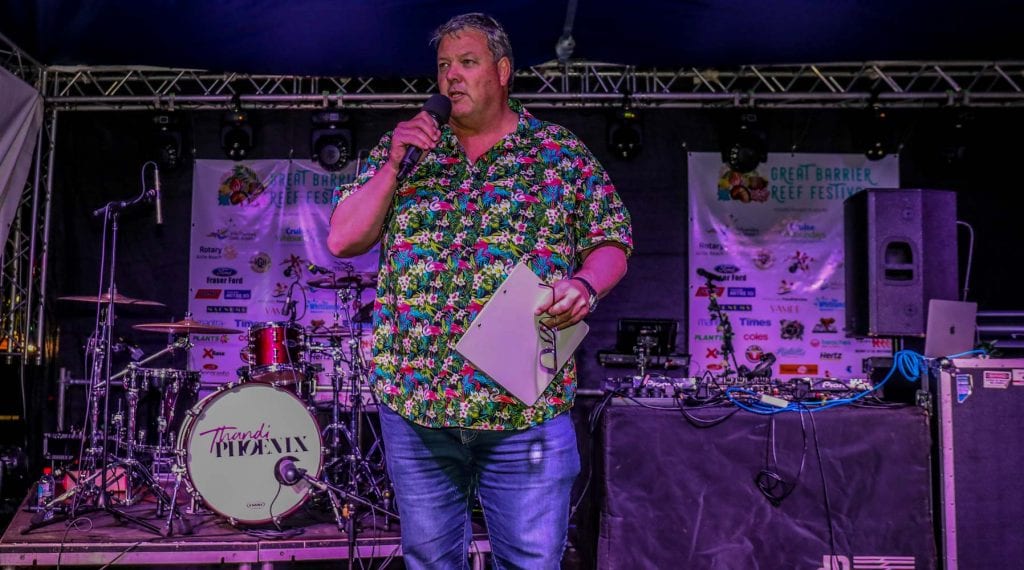 His comments were reiterated by Tourism Whitsundays chairman Al Grundy.

“It’s just so awesome to see everyone here and to see Airlie Beach alive – and we are very much alive – we’re pumping,” he said.

By the time these speeches were made, the festival was already well underway. The action-packed program of events kicked off with new, reef education workshops in the Coral Sea Marina Resort, featuring the region’s Master Reef Guides and special guests ‘Citizens of the Great Barrier Reef’.

“When people walk out of a venue and shake your hand you know you’ve done something right – it was fantastic, and great to see everyone so happy,” he said. 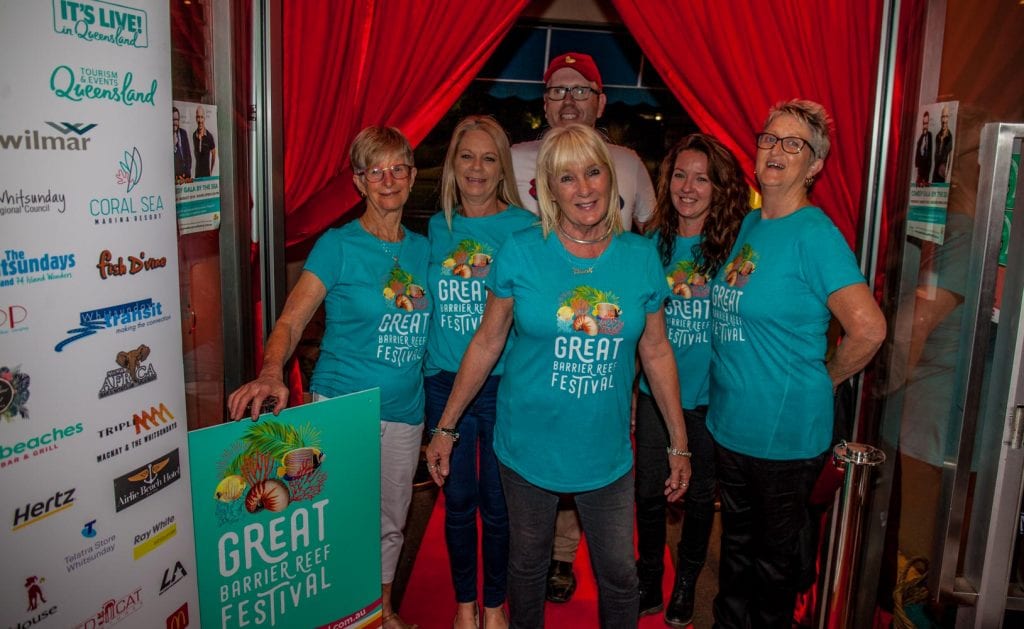 “It’s a terrific time for us to be working together to put a spotlight on the reef,” she said.

Shining a light on the reef was exactly what parade participants did, through reef-themed lanterns, including beautiful jellyfish, whales, and even a giant manta ray. Once Mayor Willcox had judged the lanterns, prizes were awarded, and the procession set off for Airlie Beach. Here it integrated into the night markets, carnival rides, Mama Africa Pop Up Bar and Whitsunday Foodservice Eat Street.

On Saturday the Fraser Ford Revvin’ the Reef car, truck, and bike show made full use of an Airlie Beach main street closed to moving traffic. Live music from Joshy J and the Ricochets took everyone back in time, with the event culminating in ‘Miss Revvin the Reef’, a vintage-style pin-up competition won by Kylie Forgione.

The Wilmar Sugar Wearable Art Awards were once again a spectacular display of art that walks, and a perfect segue into the Rotary Street Parade. Organiser and Rotarian, Merewyn Wright, said entrants embraced the theme: ‘The Living Reef – A World Down Under’, in a parade filled with colour, celebration and above all, life. 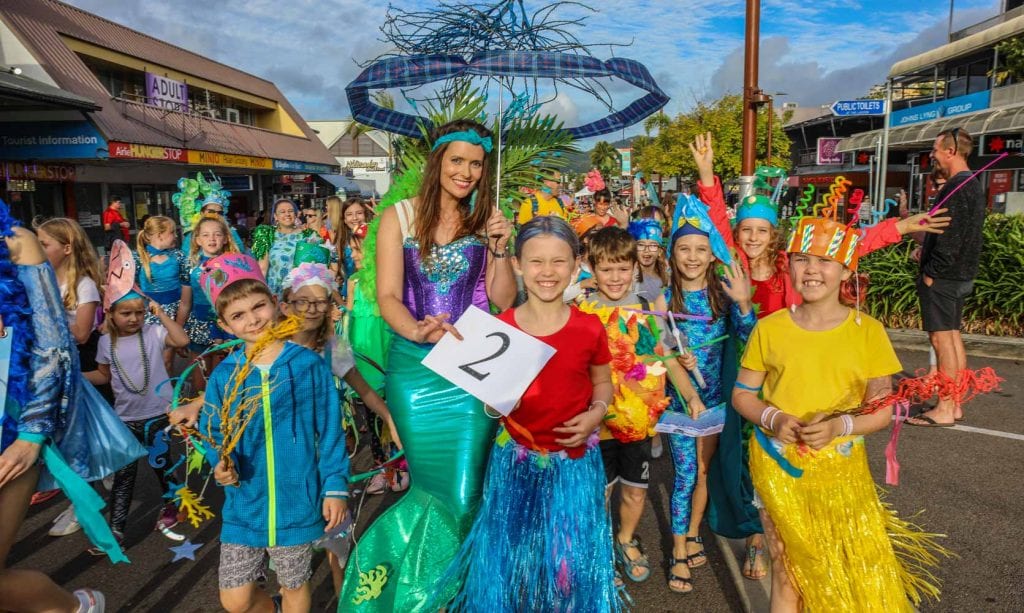 The Airlie Magic Mile was the last event to take place on the main street, with participants running an actual mile in a traditional race.

While all this was happening onshore, out on the Whitsunday islands, history was being made. In partnership with Cruise Whitsundays and Reef Ecologic, the Great Barrier Reef Festival held a dedicated artist talk and tour to the Whitsundays’ coral nurseries and newly installed Ngaro Underwater Marine Sculpture Trail. Reef Ecologic Director, Adam Smith, said this was a chapter in a story of hope. 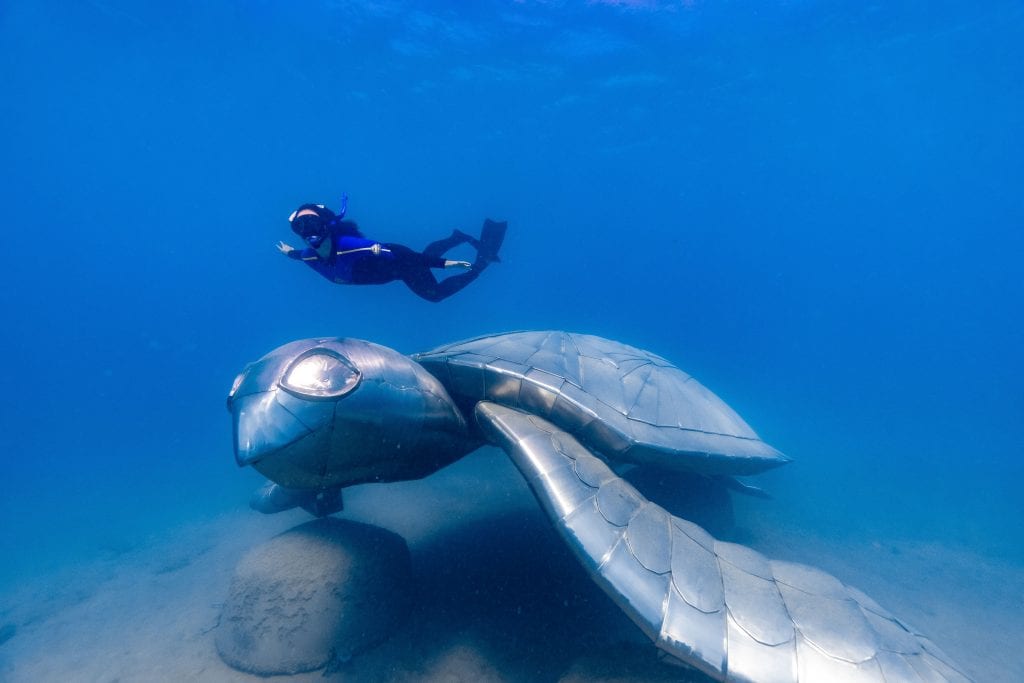 “We all have a reason for visiting the reef, but this is another layer,” he said. “It’s a touchpoint to allow people to have a conversation about the current and future status of the reef and what we can all do to make a difference.”

On Sunday, the festival wrapped up with the Whitsunday Transit Family Fun Day and Reef Gateway Hotel Recyclable Regatta.

The weekend’s live music, delivered by Timomatic, Thandi Phoenix and 8 Ball Aitken, was brought to a close by Mackay duo Swoon and Electrik Lemonade at ‘Chill in the Park’. 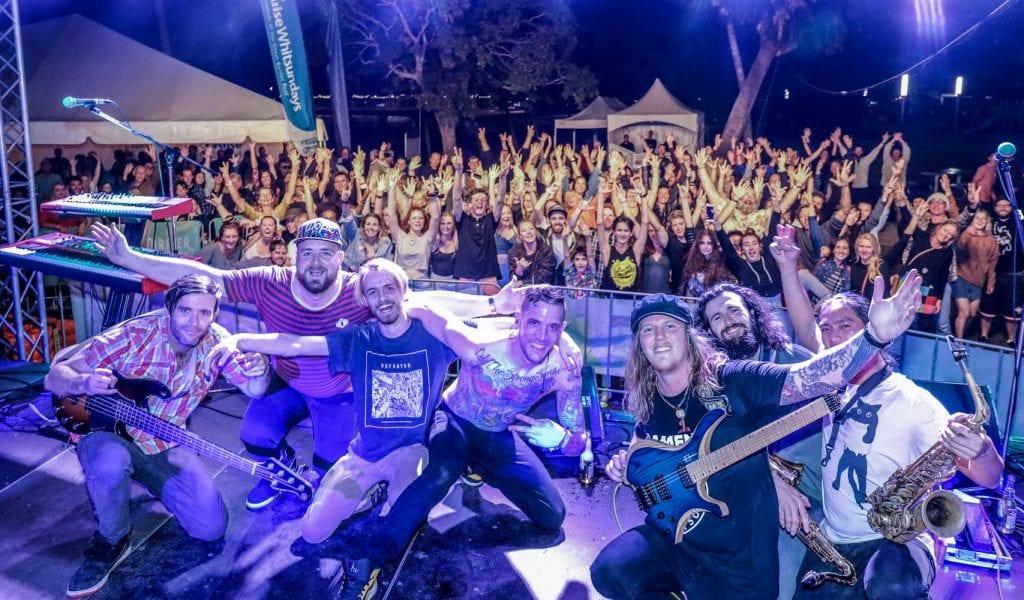 Festival chairwoman Margie Murphy said a heartfelt “thank you” to everyone who partnered with the festival, as well as the volunteers and people who attended the events.

“We’re going to be 20 in 2020 so we may have set the bar high this year but next year will be bigger and better still,” she said.