In life before his career in comedy, Gary Eck once “crazily” cycled from Brisbane to Cairns. Then a university student, the now stand-up comic, actor, writer and film director, called into Airlie Beach. His main memory was finding a closing takeaway store whose owner told his party of two: “you look like you need something to eat” and gave them the last sandwiches in the fridge.

“We devoured like them like seagulls,” he reminisced. “I thought, ‘this place is great – people give you food for free!’.”

On Thursday, August 1, Gary will be back in Airlie Beach at one of its premier restaurants, Fish D’Vine. While he’s secretly hoping for another free meal, he’s actually here to perform at the Great Barrier Reef Festival’s ‘Comedy Gala by the Sea’.

His counterpart for the night is award-winning stand-up comedian, writer and broadcaster Greg Sullivan. “Sully” too has a Whitsunday story to tell. He once motored into the area on a giant ship, arriving at night and leaving in the dark. Needless to say, he’s looking forward to finally seeing the natural beauty of the place “and the company of people who choose to live in paradise”.

These two comedians know each other well and believe their styles are a “good combo” for a night filled with laughs. 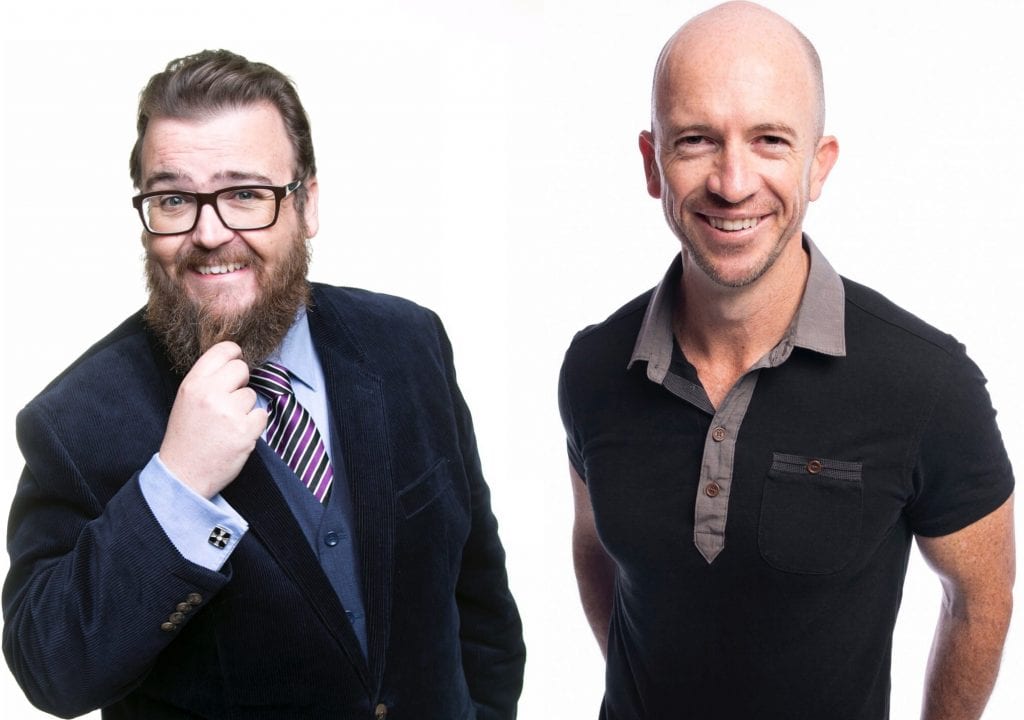 “We get a lot of Tinder dates coming to comedy shows these days, so if you’ve got a date that night, come along – we do all the work for you and break the ice, then you go home and have sex,” Gary joked. “It’s also a chance to have a communal experience,” Greg said – on a more serious note.

“You can watch the most hilarious thing in the world by yourself on a computer screen but you’re never going to laugh as much as you will in a room full of people like this.”

One of the people most excited about watching these two high-calibre comedians perform, is Fish D’Vine’s Chief Operating Officer, Matt Isabella. A bone fide comedian in his own right and also MC for the night, Matt “can’t wait to see how well these guys can read the crowd”.

“I’m also looking forward to being part of an event that will put Airlie Beach on the comedy map,” he said. “As well as the famous Fish D’Vine food and service, comedy just makes everyone happy and it’s fun.” 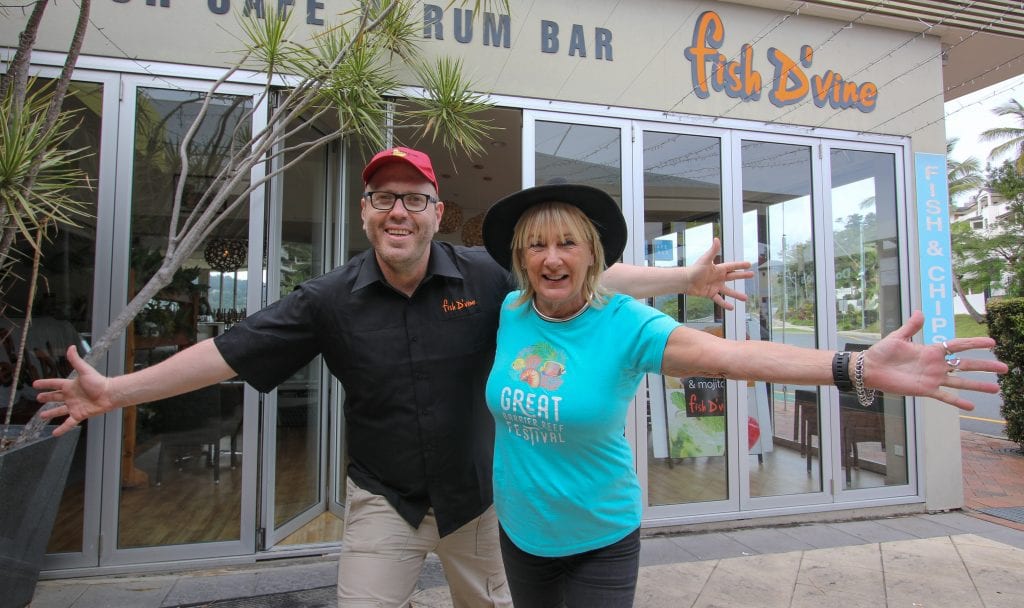 A Great Barrier Reef Festival fundraiser, tickets to the Fish D’Vine Comedy Gala by the Sea cost $65 and include a meal of top-quality fish and chips, or vegetarian option, plus drink on arrival. Event organiser, Ellen Kerr, said the atmosphere alone would be hard to beat.

“The Comedy Gala kickstarts the entire Great Barrier Reef Festival and is a great social occasion for colleagues, families and groups of friends,” she said. “It also helps us keep this not-for-profit festival going so every ticket sold is money well spent.”