Get set for a night of side-splitting comedy to launch the 2019 Great Barrier Reef Festival.

A firm favourite on the four-day program, the festival’s Comedy Gala has been given a makeover, with organisers promising the best event yet. Now known as the Fish D’Vine Comedy Gala by the Sea, the fun and frivolity will be hosted by Airlie Beach’s famous seafood restaurant and Rum Bar for the first time.

Greg ‘Sully’ Sullivan has performed at some of the most prestigious comedy clubs around, as well as on television, radio, in theatres, overseas, to corporate bigwigs, and to small groups of disinterested tradesmen while standing on the back of a ute.

Gary Eck, who co-wrote and co-directed Happy Feet Two with Academy Award winner George Miller, as well as voicing several characters for the film, is the sort of comedian described as “funny ‘til it hurt”, with an “out-of-the-world sense of humour”.

Not to be outdone by the main acts, MC for the night is Fish D’Vine’s very own comedian, Matt Isabella, who won his divisions at the Melbourne International Comedy Festival’s Raw Comedy, 2018.

Also the restaurant’s chief operating officer, Isabella says the $65 ticket package including a drink on arrival and fresh “Fishy D’s” fish and chips or vegetarian option, is another way organisers have got the recipe right.

“You’re going to get quality seafood, beautiful chips, great service, a great atmosphere, brilliant comedians, an awesome MC – and we’re going to expand this Comedy Gala to be bigger and better than it’s ever been before,” he said. 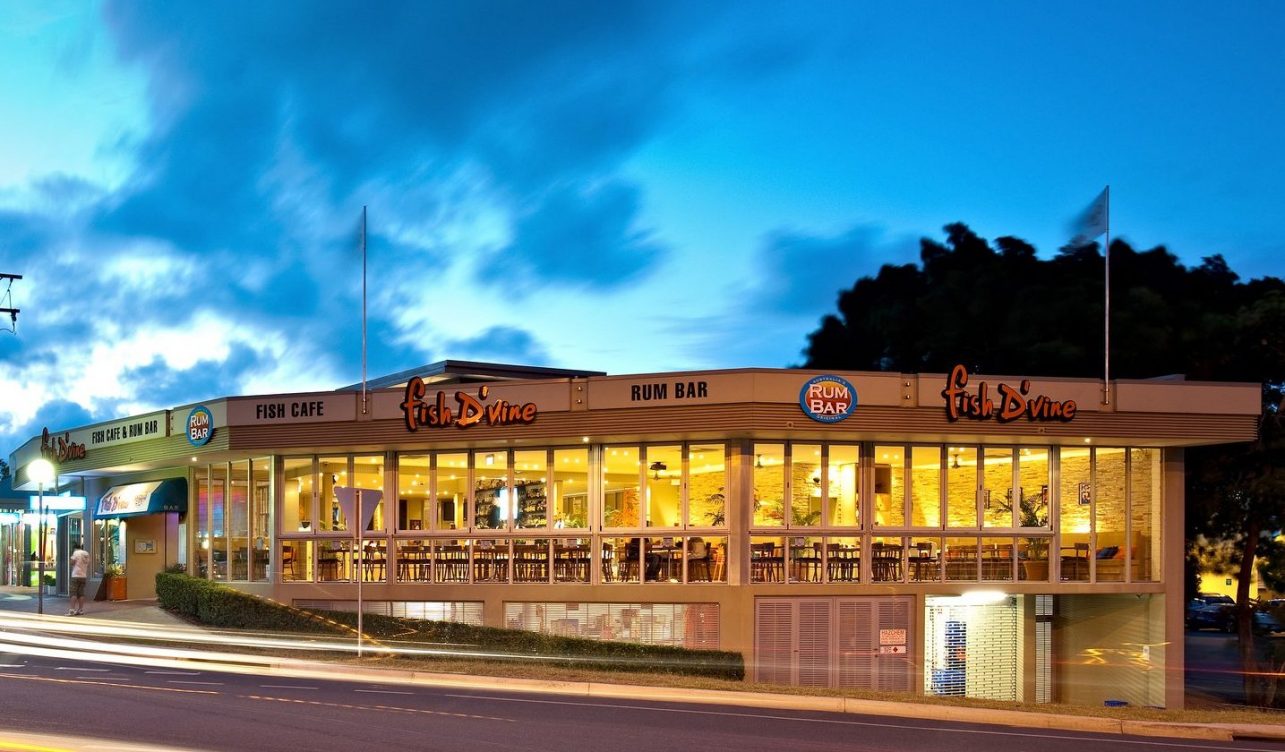 Tourism Whitsundays Chief Executive Officer, Tash Wheeler, said she was incredibly excited to see the festival not only introducing new events but also invigorating old ones through partnerships like this.

“From rebranding to the Great Barrier Reef Festival to bringing a destination hub like Fish D’Vine and the Rum Bar on board – the announcements from this event are going to keep putting us on the map,” she said.

Event organiser Ellen Kerr said the Comedy Gala was one of the festival’s few fundraisers, which she encouraged people to support.

“People come to this festival not just from our local community but from far and wide,” she said.  “Most of the entertainment we provide is free, but this is one of the ticketed events that allows us to make some money.

“Without people’s support and the support of our sponsors, the festival would disappear, so we urge everyone to buy a ticket, give back and enjoy a great night out at the same time.”