The Reef Gateway Hotel are back as hosts for this signature event with Ray White as co-sponsors for the Great Barrier Reef Festival’s Comedy Gala and what a great location, with bar attached and dinner included what more could you want?  Get ready for a night of side-splitting laughter with two of Australia’s great comedians, sourced especially for the Gala.

Tickets are available for booking on the website at a great price which includes dinner from the Reef Gateway’s ‘Gala Menu’ and are just $70 per person. The Restaurant will be open from 5:30 – 8:00 (remember, it will be busy!).

We recommend arriving early to enjoy your meals and secure your seats!  Tables can be reserved for group bookings by calling the Reef Gateway direct on 4946 2600

There are limited places available for this event so book now!   This is an 18+ event.

We have a great line up for you in 2022 – Comedians include: 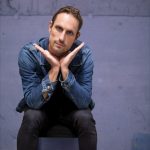 Cam Knight is stand up comedian and actor, co-hosting many shows for Radio & TV including Channel 9, Network 10 and Foxtel including  ‘Unreal Estate’, Triple M’s Merrickville and The Weekenders in Sydney, co-hosted Studio 10 and appeared on the Today show.

He has guest starred on ABC’s Tonightly, Skit Box, Soul Mates, Comedy Up Late & How Not To Behave, the 2nd series of The Other Guy on Stan and the upcoming series of Drunk History on Network 10, also hosting Foxtels ‘Stand up Australia’.

Lapping Australia with huge theatre shows, comedy clubs and fringe festivals, corporate comedy, Cam has performed at music festivals such as Splendour in the Grass and Rotto Fest and even for the troops in the UAE in 2019.

Rory Lowe is an internationally touring comedian whose storytelling ability and quick-wit has sold out numerous festival runs and solo theatre shows. As well as supporting an array of Netflix comics including Bert Kreischer, Andrew Schulz, Jim Jefferies and SNL superstar Jay Pharaoh.

However it is not only comedians that Lowe seems to impress, with grammy award winning rockstars Tame Impala stating “Lowe is even funnier than he is insane”

Our MC for the night is Brad Elliot!

Elliott is renowned for his unique and observational brand of hosting humour and can balance and read an audience to turn up the edge needed for the rowdy. Elliot has worked with Australia’s top entertainers and comedians on radio networks NOVA, FOXFM & MMM – sharpening his humour and dry wit.

Bring your friends along for this fabulous event at the Reef Gateway Hotel restaurant and bar.

Bookings are closed for this event.